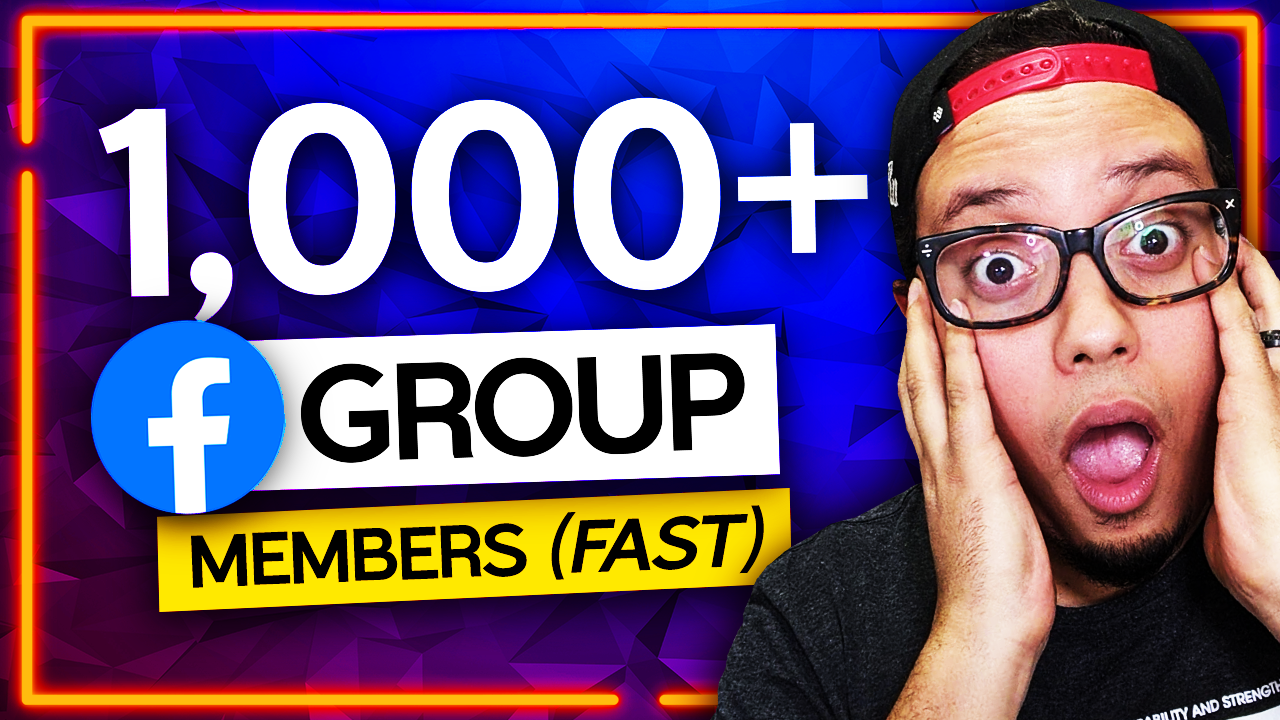 If you're looking to add your next thousand or more members to your Facebook group as quickly as possible, then that's exactly what I'm going to show you how to do in this article.

I'm going to share with you a very quick and easy technique that I used to grow my group to its first thousand members.

This is one of my favorite techniques for growing a Facebook group quickly. The best part about it is it's designed to work for you, even if you're a complete beginner.

Note: If you'd like to watch my video for it instead of reading this article, you can click the video's thumbnail at the top of this page or watch it here on YouTube.

How to Grow a Facebook Group Fast (The "Influence Hacking" Strategy) 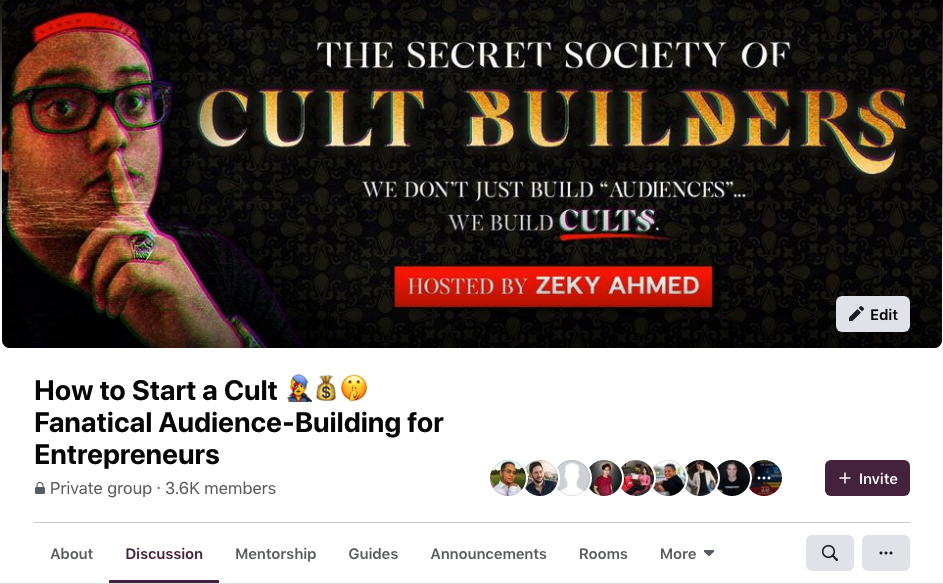 Back when I started my Facebook group, I was dealing with a problem a lot of group owners face. My group was super small.

I had less than a hundred members in it, and there was absolutely no community. I was the only person ever posting inside of it, and I got little to no response from anybody else.

I really had no clue how I was going to grow the group rapidly. I didn't want to wait forever, hoping that one day things are just going to fall in place.

Luckily, I ended up stumbling upon a strategy that somebody else I was following was using, and his group was much bigger than mine.

All of his growth came from one single strategy - so I decided to model him and implement the same strategy to grow my own group.

I call it "influence hacking."

After implementing this technique, I went from having a hundred or so members in my group, to hitting my first thousand members plus in a very short period of time.

What Exactly is "Influence Hacking"?

The strategy is very simple. All I did was start scheduling weekly interviews with influencers in my industry who already had an audience of the type of people I wanted to attract.

But I wouldn't just target any influencer. I was specifically looking for what I consider "B-list" influencers.

Now, what do I mean when I say, "B-list" list influencers?

Let's say as an example, you had a group that was about cooking.

There's the massive "A-List" influencers who are mostly celebrities like Gordon Ramsey. If you tried to hit up Gordon Ramsey to ask him to do an interview inside of your Facebook group, chances are, he's going to tell you something like...

"ARE YOU STUPID?!" - Gordon Ramsay

It's just not going to work.

But there's another category of influencers that are not as big as people like Gordon Ramsey, but they still have a large enough audience that you can leverage their authority and their influence to quickly grow your own audience.

And those are the people that I call "B-list" influencers.

This includes people like, YouTubers who have followings that are maybe in the tens of thousands, hundreds of thousands or so on.

So here's the thing with these influencers...

A lot of people don't put the effort to try to reach out to them, because they think that these people are unapproachable.

But what I found from using this technique and I've seen so many other people do it too, is most of the time, B-list influencers are more than happy to jump on your platform for an interview.

More often than not, they'll feel very honored that they're being asked to do this interview, even if you don't have a huge audience. So it's usually as simple as reaching out and just asking.

However, there's another important step that too many people who try to use this strategy skip.

Because they want to avoid being annoying or asking for "too much," they don't bother asking the influencer to promote the interview to their audience.

The entire purpose of hosting interviews with people who already have an audience is so that you can siphon some of those audience members into your own Facebook group, using the interview with their favorite influencer as an incentive to entice them.

Unless the influencer shares the news with their audience, that isn't going to happen.

So how do we get the influencer to promote it to their audience?

The key thing is you need to make it as easy as possible for them. It should require almost zero effort because you've already done most of the heavy lifting yourself.

One way I do that is by hooking them up with as many "promo assets" I can, that they can just copy-and-paste to share with their audience.

Examples of that include:

Once I've prepared a couple promotional assets, I just send all of it over to them and ask if they can post it on their social media and send it out to their mailing list.

Remember: If you don't ask them to promote it, chances are they're not going to.

People love sharing that they're being interviewed because for them it's a status boost. It shows their audience that they're somebody who's sought out. So take advantage of that and ask your influencers to promote it to their audience.

The worst that can happen is they don't do it for whatever reason, but most of the time they'll agree to do it if they agreed to do the interview.

That's the technique. It's really simple.

I'm not going to go deeper into the nitty gritty of it in this post, because what I've done for you instead is I put together a free checklist for scheduling the interviews, and leveraging them to grow your Facebook group, which you can grab by clicking the button below:

FREE GUIDE: How to Grow Your Facebook Group Fast with "Influence Hacking" Click Here to Get Your Free PDF Guide (Sent Straight to Your Email)

That'll walk you through everything that you need to know.

For more resources on growing your audience online, check out my free Facebook group here.

Zeky Ahmed is the founder of CultBuilders.com - He helps impact-driven entrepreneurs leverage the power of direct response marketing and the internet to build, monetize and scale their own highly-devoted and lucrative "cult" audiences online.

If you'd like Zeky to help you grow your business and audience, click the button below to check out his flagship incubator program, Cult Builders Elite™.

Zeky Ahmed is the founder of CultBuilders.com - He helps impact-driven entrepreneurs leverage the power of direct response marketing and the internet to build, monetize and scale their own highly-devoted and lucrative "cult" audiences online.

If you'd like Zeky to help you grow your business and audience, click the button below to check out his flagship incubator program, Cult Builders Elite™.